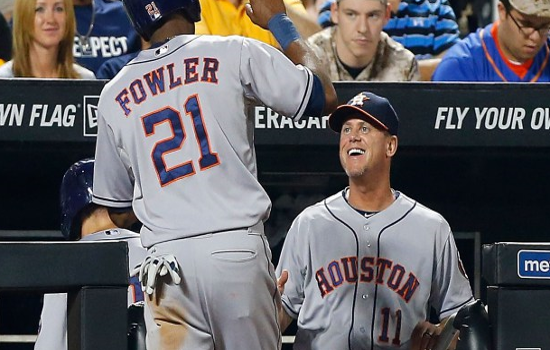 PHOENIX — John Mallee is delighted to be returning to Chicago, and his homecoming can be even sweeter if he can connect with a group of young, strikeout-prone Cubs hitters.

Thursday, the Cubs announced the hiring of the Chicago native as part of their retooled coaching staff that includes the return of former outfielder Doug Dascenzo as first base/outfield coach.

Eric Hinske will become the assistant hitting coach after serving his first season at first and with the outfielders.  Mallee, 45, has worked extensively with young hitters with the Marlins (2010-11) and Astros (2013-14). After Bill Mueller resigned following the team’s decision not to retain Mike Brumley as the assistant hitting coach, the Cubs received permission from the Astros to talk to Mallee. “It’s a dream come true,” Mallee told Houston reporters. “I grew up a Cubs fan and always dreamed of standing on the field and representing this amazing franchise.

“I have been in professional baseball as a player or coach for more than 20 years and never have had an opportunity to see my family during the season until now. Leaving the Houston Astros is the toughest decision I’ve ever had to make.”

Mallee, who played at Illinois-Chicago and was a 12th-round draft choice of the Phillies in the 1991 draft, will supervise an offense that struck out a major league high 1,477 times, ranked 28th with a .300 on-base percentage and 29th with a .223 batting average with runners in scoring position.

Mallee, however, has received endorsements from National League home run champion Giancarlo Stanton of the Marlins and American League batting champion Jose Altuve and fellow Astros slugger Chris Carter (who hit 37 home runs in 2014) on his website, johnmallee.com. “I signed at 17, and (Mallee) helped build my swing and approach into what it is today,” Stanton is quoted on the
website.

The hiring of Dascenzo, 50, should help the Cubs’ efforts to improve on the basepaths and outfield. Dascenzo
spent 13 seasons as a coach and manager in the Padres’ system (where manager Rick Renteria served) before
joining the Braves’ organization in 2013 as their minor league outfield/baserunning coach.
Dascenzo was the Braves’ third base coach in 2014.