John Mallee Sports Illustrated, How does your swing stack up against the pros’? 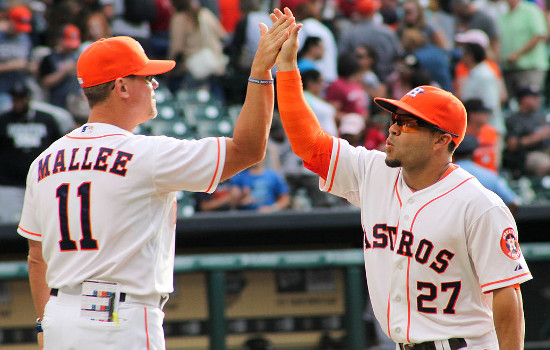 The Angels’ Mike Trout has a sweet swing. Maybe you admire Red Sox DH David Ortiz’s a little more, though.

Either way, if you want to know how your swing stacks up to those of these MLB superstars, a new partnership between Zepp and the MLB Players Association gives you pinpoint comparisons via the updated Zepp swing analytics platform.

Zepp has for some time offered devices that measure a user’s baseball or golf swing or tennis stroke. The new deal with MLB, as well as another with PGA professionals—Keegan Bradley, for example—opens up a new realm of swing comparison that employs 3-D analytics and video, captured through an app and on-device sensor, to deliver real-time data on your swing, All-Star worthy or not.

John Mallee, an MLB hitting coach, tells Edge that the ability of Zepp to take the guesswork out of instruction gives him a way—in three dimensions, no less—to look at swings as he never has before.

“When players are able to see their swing in 3-D, they get immediate feedback,” he says. “They remember what it felt like when they swung and look at the metrics on the app. They can try a different thing on a swing and look and see if it was better.”

Mallee says his job revolves around finding each player’s natural motion and pinpointing ways to increase bat speed while getting to the ball quicker.

​“There is no guessing,” Mallee says. “Do this and get a result. The feedback is in real time. It takes out the ‘I think you should do this’ as they figure it out on their own. You want it as natural and rhythmic as possible and the device helps with immediate feedback.”

Mallee knows his metrics. He wants his players—now the Cubs—to match their bat’s attack angle research. The average baseball comes through the hitting zone at 92 mph at a six-degree decline. A breaking ball has a 10-degree decline. Mallee needs players to have the shortest time from launching their swing to impact—the really good players start their swing with 25 percent of the ball’s path left, while some struggle with hand speed and have to start when the ball is halfway there—and wants that bat to stay on the proper hitting plane as long as possible, “so timing doesn’t have to be precise.”

With launch to impact speed, bat speed and the bat’s angle critical for a player at any level, Mallee says, Zepp’s ability to capture those metrics in real-time gives him the data he needs to help players. As they swing, they can match their physical feelings with detailed data. Right then and there.

“This is the new medicine for baseball understanding,” he says. Research shows that line-drive hitters need an eight- to 15-degree launch angle with a bat speed of 90 mph to increase the odds of a hit to 70 percent. Sluggers raise that angle to 22 to 35 degrees for a home run 50 percent of the time. Now, Mallee says, knowing what needs to happen and seeing if it actually is happening gives hitters the understanding they need to develop and maintain the proper, natural swing.

While the Zepp platform can work without a sensor, the sensors, which connect to the end of a bat, golf club or tennis racket, capture a thousand data points per second via a dual accelerometer and three gyroscopes.

With Zepp algorithms, that data gets turned into metrics. The five key measurements in baseball, Trevor Stocking, Zepp baseball product manager, tells Edge, include bat speed at impact, something previously only recorded as overall bat speed; hand speed, which helps define how quickly players go from launch to impact; time to impact; various angles of the bat; and the bat’s path.

The first major update since Zepp launched in late 2013 includes the ability to record a swing and see 3-D renderings, among other improvements, such as allowing multiple players to use one sensor, allowing teams to take on just one sensor and utilize it for the entire roster.

Whether it’s being used by an MLB superstar or a 10-year-old aspiring Little Leaguer, the app comes complete with tutorials, drills to address specific deficiencies, video tips from professionals, opportunity to compare your swing side-by-side with a professional and analytics aplenty of your own swing. “A user isn’t just left with a metric,” Mallee says. “It really helps players develop at a faster rate.”

Mike Trout, via Zepp, says he tried to mimic Derek Jeter’s swing growing up, but didn’t know if he was doing it right or wrong. With Zepp, the kids of today can mimic Trout and know just how close they’ve come to his pro-level swing.