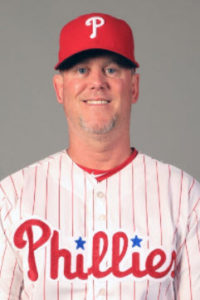 • Coached at all levels throughout the Minor Leagues

• 2 Time National ABCA Coaches Convention speaker on “How to teach the mechanics of a professional hitter” 2001, 2006

• Given over 18,000 private and group training sessions

• Worked with some of the best Major League Baseball players and coaches over the last 18 years.